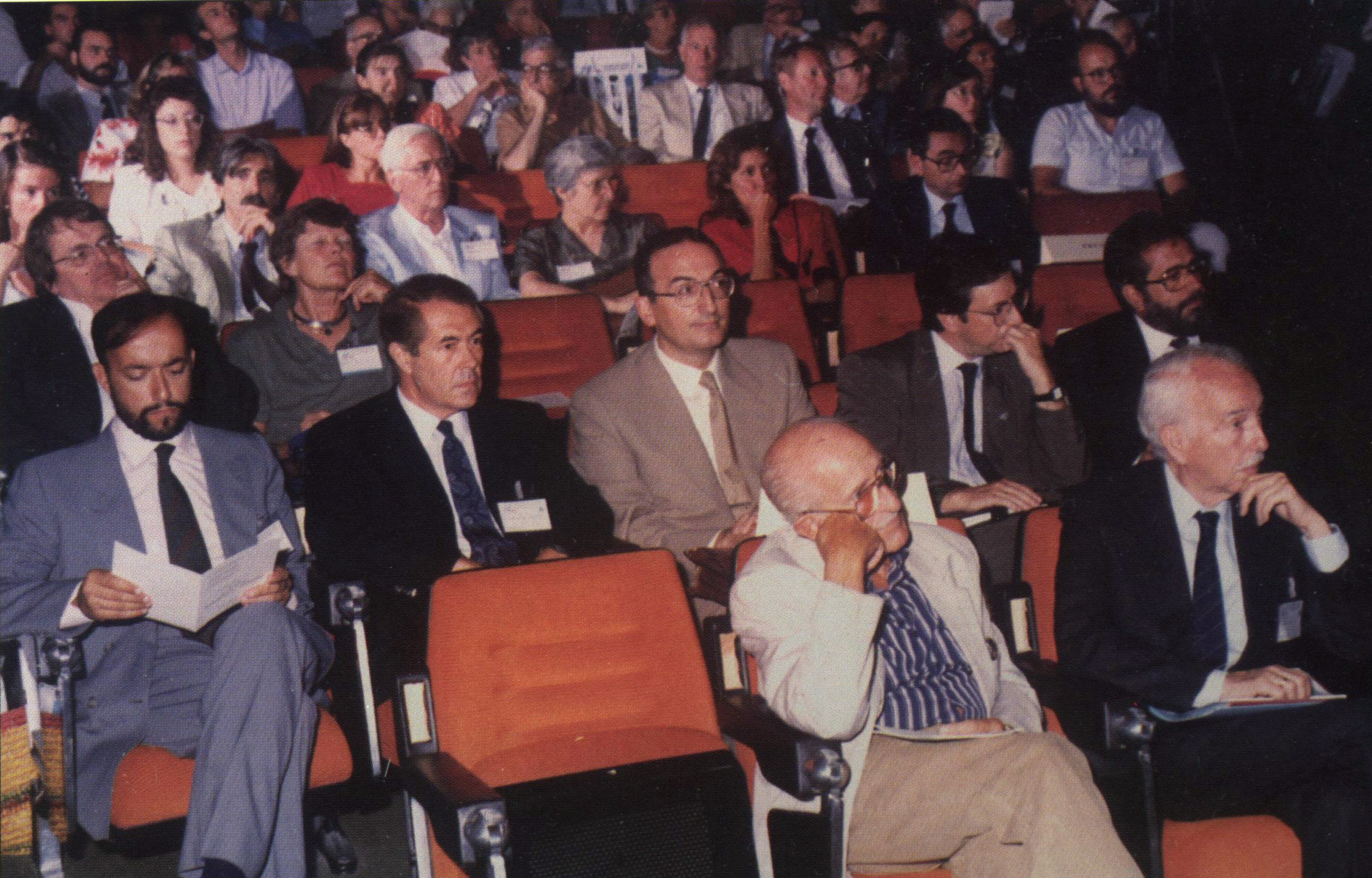 The XVII International Congress of Historical Sciences took place between 26 August and 2 September 1990 in Madrid. The Spanish Committee of Historical Sciences began to plan the event still before the XVI Congress in Stuttgart in 1985, during which the Spanish capital was selected as the venue of the next Congress. The Committee was set up by a group of historians led by Eloya Benito Ruano, with Manuel Espadas Burgos as secretary, José Ramón de Urquijo Goitia as “assistant secretary”, and Miguel Angel Ladero Quesada as treasurer.
The official program of the Congress was adopted during the General Assembly of the International Committee of Historical Sciences in Athens in September 1987. In this month King Juan Carlos I of Spain assumed honorary presidency of the Congress. In the following months support was granted by the Spanish government and by Complutense University of Madrid, whose large buildings of the Medical Faculty were the venues of the 312 Congress sessions.

Final arrangements of the Congress calendar took place during the meeting of the Board of the ICHS , held in Madrid in May 1988. Plans were then made to hold activities parallel to the sessions, such as exhibitions and book fairs, days of historical cinema and the preparation and edition of a 32-page volume written by E. Benito Ruano titled El Comité International, el Comité Espanol y los congresos Internacionales de Ciencias Históricas. Visiting tours were likewise planned for the Congress participants, e.g. to Toledo and Aranjuez.

1,832 historians registered for the Congress. Some countries (Italy, Japan, United States) were represented by more than 100 participants. The opening plenary lecture titled The Spanish Environment of Christopher Columbus was delivered by Miguel Ángel Ladero. The Congress agenda included major themes, chronological sections, round tables, and meetings of affiliated committees and associations.

Preliminary versions of most of the articles and communiques were distributed during the Congress. The Congress proceedings were ultimately published in early 1992 in four volumes (each with a print-run of 2,500 copies); they were received by all the registered participants. This was the last time when the Congress documents were paper-based.
The Madrid Congress was lavishly praised for its premium logistics, care for the participants and their companions, internal organisation, and – last but not least – for the number and diversity of topics and a general interest in the subject matter addressed during the Congress.