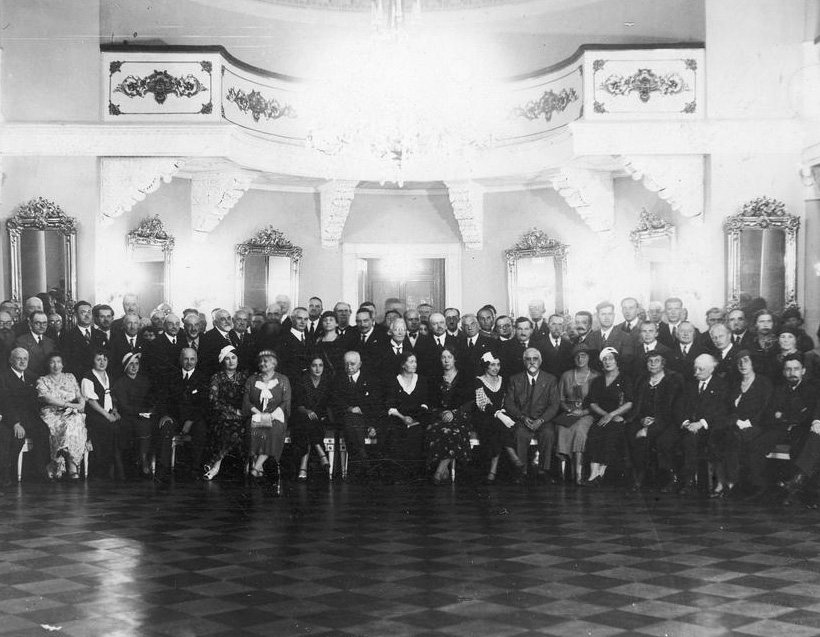 The 7th International Congress of Historical Sciences took place in Warsaw in 1933. The decision about organising the Congress in Poland, which was taken unanimously during the 6th International Congress of Historical Sciences in Oslo in 1928, was a mark of great distinction and appreciation for the rapid development of Polish historiography. Behind this success stood two men: Marceli Handelsman, who was the first to propose the idea of organising the Congress in Poland, and Bronisław Dembiński, who was the Member of the Board of the International Committee of Historical Sciences from 1926 – the year of its foundation. The preparations for the Congress began as early as in 1929. Bronisław Dembiński was elected Chairman of the Organising Committee, and Stefan Ehrenkreutz, Oskar Halecki, Marceli Handelsman and Wacław Sobieski became vice-chairmen. Tadeusz Manteuffel assumed the function of General Secretary. Substantial financial help (almost 100 thousand zlotys) was granted, despite the crisis, by the Polish government, mainly by the Ministry of Religious Denominations and Public Enlightenment.

The Congress commenced on the 21st of September 1933 in the Main Auditorium of the Warsaw University of Technology. The most prominent politicians, including president Ignacy Mościcki, were present at the opening. 1100 historians from 31 countries took part in the Congress. Most strongly represented were scholars from Poland (over 60%), followed by participants from France, Italy, Germany and England.

The Congress had 15 sections and 13 special sessions. The focus on discussing Polish themes was underlined in post-conference reports. Interestingly, the closing ceremony took place on the 28th of August in Kraków. The organisers provided a special train connection for the participants.

The organisation of the Warsaw Congress was assessed positively. Bronisław Dembiński was elected vice-president of ICHS – the post he held until 1938. In his place another Polish scholar, Marceli Handelsman, was elected. These nominations reflected the considerable prestige which Polish historiography enjoyed at that time.

The logo of the 7th International Congress of Historical Sciences in Warsaw was designed by Edward Manteuffel-Szoege (1808-1940).