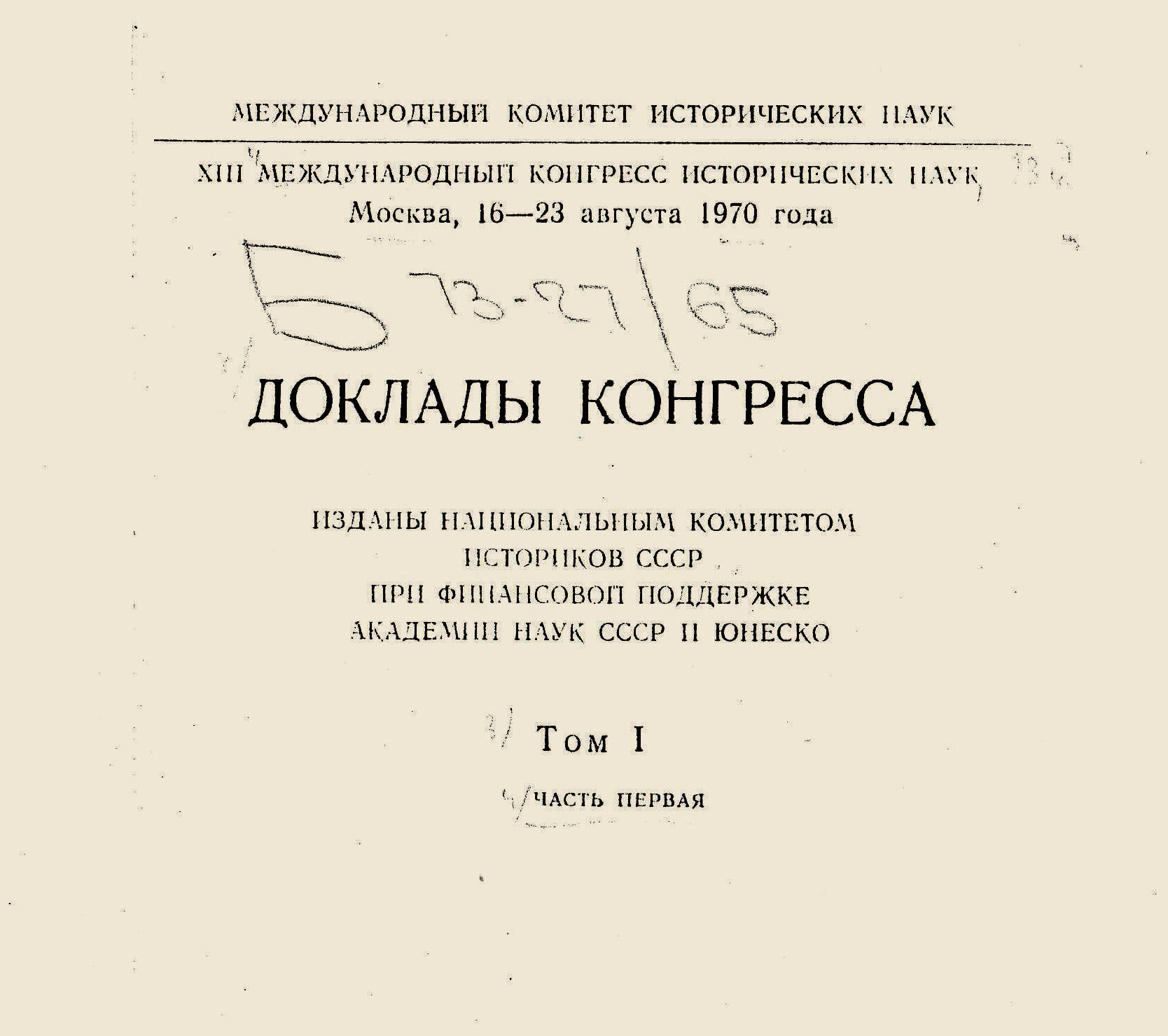 The XIII International Congress of Historical Sciences took place in Moscow on 16-23 August 1970. It gathered 3,307 delegates from 50 countries, including as many as 1,283 from the USSR. Quite numerous delegations came from the other states of the Eastern Bloc; Poland sent the largest number of participants (162 scholars), and was followed by Bulgaria (160), GDR (130), and Hungary (110). Furthermore, 223 historians came from the US, 173 from France, 118 from Yugoslavia, and 108 from the Federal Republic of Germany.

Relevant literature dedicated to the Congress indicates that it was attended by the highest number of participants in the history of these events. Its special merit lay in the identification of two main themes and a chronological division of the other sessions. The organisation and preparation were spoken highly of, as was the fact that the Congress was held in an air allowing a free exchange of ideas and views.

Some of the lectures, upon their approval by the Presidium of the Congress, were translated, printed out and handed out or sent in advance to the debate participants.
Apart from the Congress scholarly agenda, the participants had at their disposal all kinds of tourist attractions, such as tours of Moscow, with its museums, galleries and Orthodox churches.