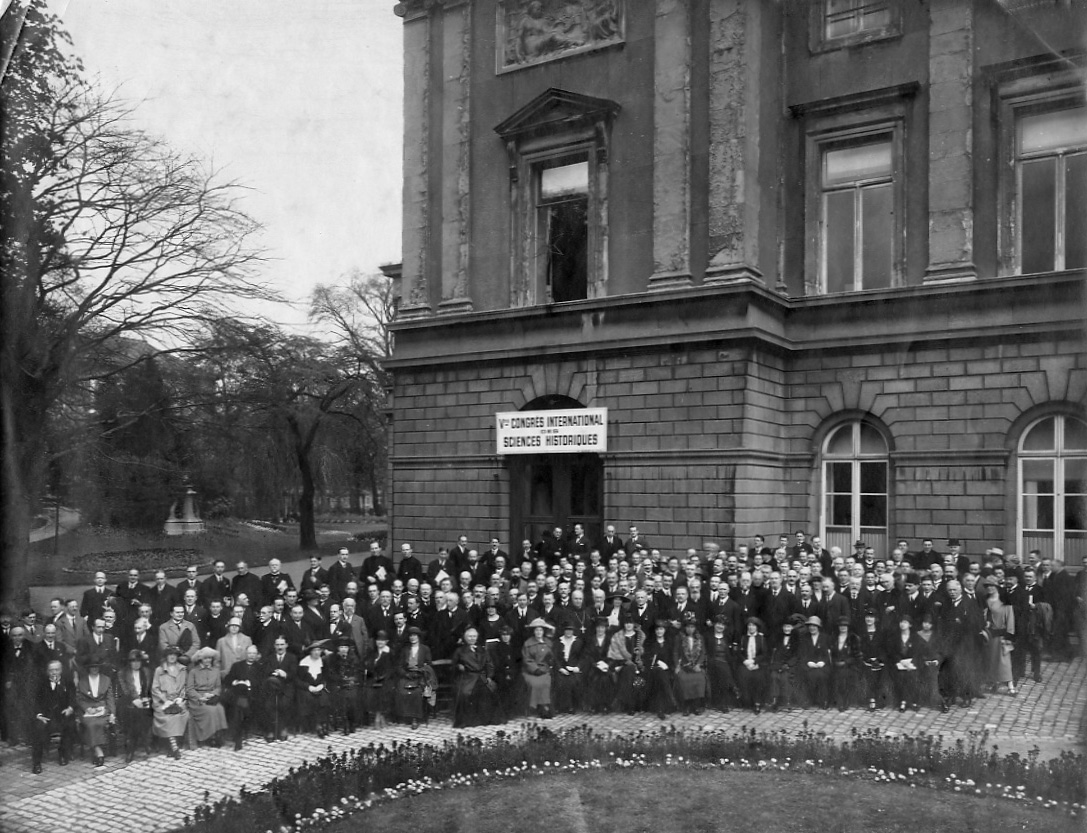 “Obviously a congress to be held in Brussels could not be organized on the same basis of inclusion as those which have been held before the war…”.
(Waldo G. Leland, The International Congress of Historical Sciences, held at Brussels, “American Historical Review” 28, 1923, p. 639).

As stated the American historian, W.G. Leland, the first postwar International Congress of Historical Sciences could hardly be anything other than an aftermath Congress. It took place in Brussels in 1923 during the Easter holidays (8-15 April). The capital of Belgium had been suggested by the British Royal Society instead of Moscow in tribute to Belgium which had resisted to the German armies and had greatly suffered during the First World War.
No invitation had been sent to the Academies and universities of the Central Powers, therefore no Austrian and German historian participated in the Congress. As a consequence of the official boycott of Austrian and German historical scholarship, historians from neutral countries during the war – Denmark and Sweden – refused to participate in the first postwar Congress.
Nevertheless, the Congress was evaluated as successful. It consisted of 13 sections concerning different epochs and fields of history, including a section Documentation sur l’histoire du monde pendant la guerre. More than 350 papers were presented and around 700 scholars from 23 countries took part (315 from Belgium, 178 from France, 140 from the British Empire, 28 from the USA, 25 from Italy, 24 from the Netherlands, 22 from Poland, 17 from Spain, 10 from Switzerland; other countries had less than 10 representatives).
Besides the scientific activity, the Congress was an opportunity to socialize: the historians and their spouses were invited to receptions and dinners – the toilette de soirée (evening wear) was required, a salon de conversation (lounge) was set up at the Palais des Académies (the Congress venue), and excursions were organized – a special brochure with the detailed program had been printed.
The inaugural address of the Congress, delivered by the well-known Belgian medievalist Henri Pirenne, De la méthode comparative en histoire, was a seminal text on historical methodology and international cooperation of historians. Condemning the resort to race as an explanation of historical phenomena, the author stated that national individuality should have been studied in a comparative way, in other words that the history of people should have been studied in relation to the the history of humanity. Such principles laid at the basis of the project of the journal “Revue internationale d’histoire universelle et comparée” developed by the International Committee of Historical Sciences (ICHS).
It was also in Brussels that on the initiative of the representatives of the American Historical Association was born the idea of creating a permanent International Committee of Historical Sciences. The international Bureau of the Brussels Congress was in charge of elaborating the statutes and objectives. They were discussed in May 1924 in Brussels at the meeting of the Bureau convened by Pirenne, its president. In 1926, a conference held in Geneva, bringing together representatives of all the countries which had taken part in previous international congresses – including Germany and Austria – adopted the final statutes and elected the first representatives of the ICHS.
In summary, while the International Congress of Historical Sciences in Brussels in 1923 was still marked by animosity towards Germany, which was considered responsible for the First World War, it also set a milestone in international cooperation between historians with the creation of the ICHS.