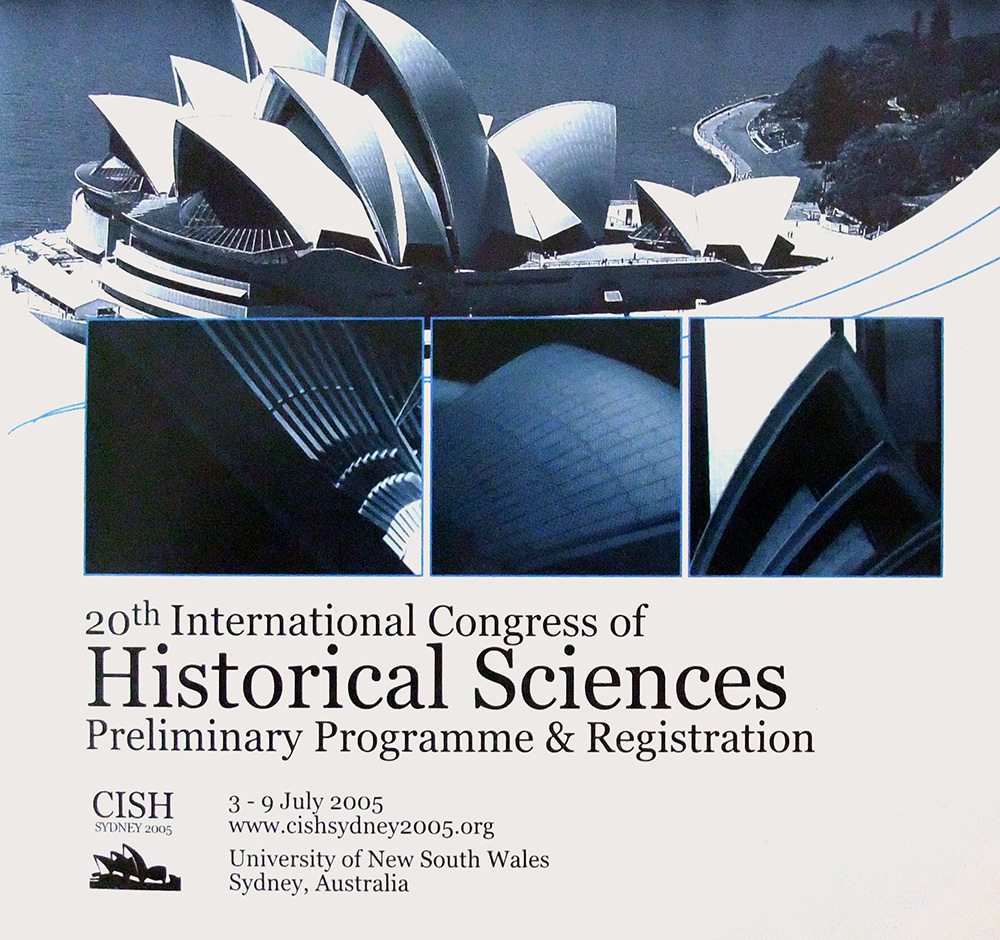 The 20th International Congress of Historical Sciences took place in Sydney on 3-9 July 2005. Its organization was entrusted to the Australian Historical Society and the University of New South Wales in Sydney. The Organizing Committee was chaired by Martyn Lyons.

The Congress was attended by historians from many countries, including China, New Zealand, Senegal, Great Britain, the United States, Poland, Syria, France, and Germany, a total of about 1,400 people. The participants included eminent scholars such as Hayden White from the USA, Georg Iggers and Jürgen Kocka from Germany, José Luis Peset from Spain, Dame Anne Salmond from New Zealand, and Ibrahima Thioub from Senegal.

The topics discussed during the session were very diverse. One of the main issues was the globalization of history and global history, as well as the issue of war, peace and the world order in history. In addition, environmental history and human rights were discussed. Ample attention was devoted to the debate on the status of history as a scientific discipline.
Generally, the Congress was favorably assessed. The discussions were matter-of-fact and touched upon the vital problems of contemporary historical science. It was emphasized that the interest of historians in the past must go hand in hand with their interest in the present.