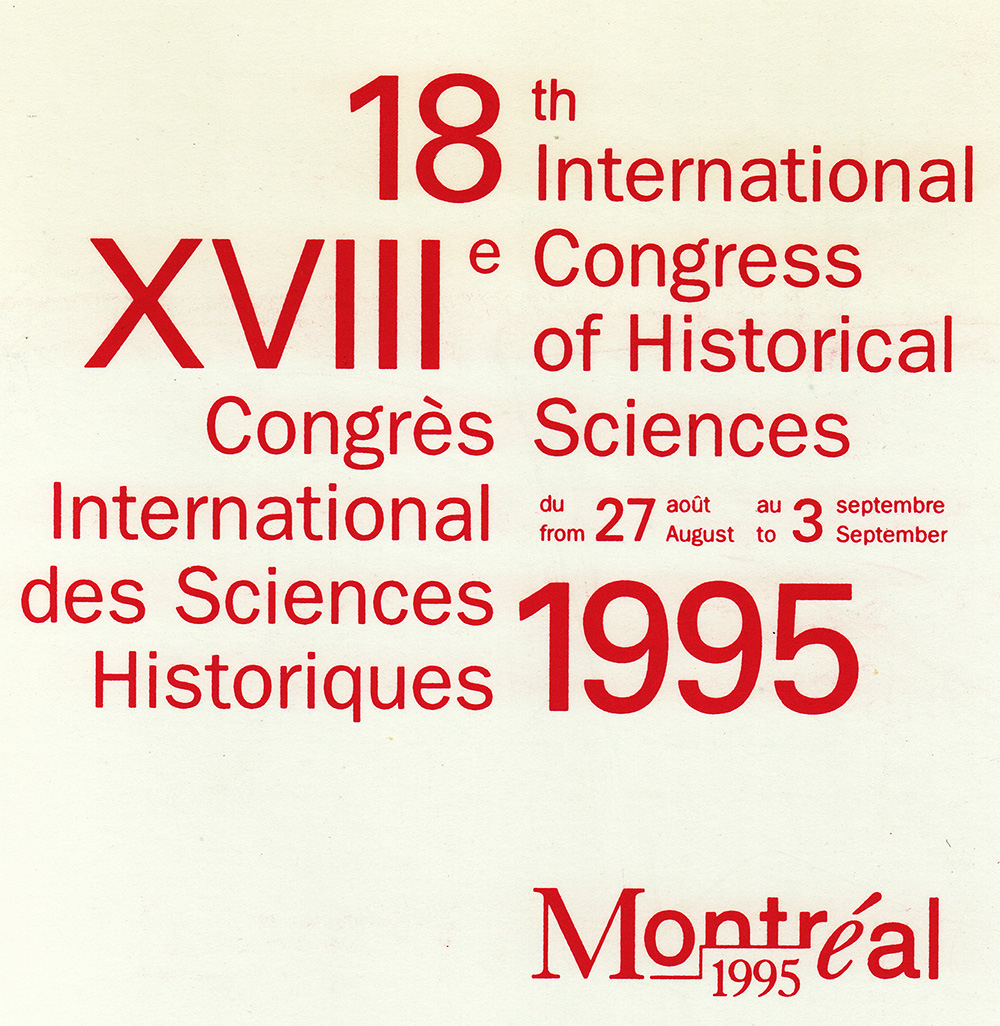 In the Congress participated 2225 historians from 75 countries. During the opening session was considered the role of historian in contemporary world. Among the most prominent guests of the Congress were: French President François Mitterrand, Polish historian and chairman of the Democratic Union, Bronisław Geremek, British economist Sir Alec Cairncross and General Director of the UNESCO, Federico Mayor.

Most of the sessions took place at the Palais des Congres. The closing ceremony was held in the main hall of the Université du Québec. The Congress program consisted of over 80 sessions. The most important role in the structure of the Congress played three so-called Major Themes: “Nations, Peoples, States”, “Relations between Men and Women and the Great Historical Changes”, “Diasporas: Origins, Forms, Significance”). In addition, 16 specialized sessions and 36 round tables were held, as well as panels organized by commissions and associations affiliated to ICHS. They concerned all areas of historical studies.

During the Congress their publications presented the publishers of historical books . There was also an exhibition of accomplishments of Canadian historiography.

At the 74th KSH Conference, which took place during the Congress, were held more than 80 sessions. They were devoted to such topics as: continental economic integration, world history and environmental history, sexuality and citizenship, crime, gender, rural history, shaping and “controlling” national memory , World War II and its heritage, social space in an eighteenth-century European city, Latin American social history.