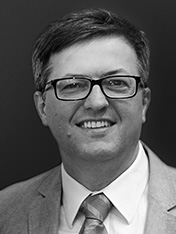 Robert Kostro
Historian, Journalist
Director of the Museum of Polish History in Warsaw

A historian, a journalist and from 2006 a director of the Museum of Polish History in Warsaw. He graduated from the Faculty of History at the University of Warsaw. He was an activist in the Young Poland Movement in the 1980s. He also worked as a journalist and editor in such magazines as “Polityka Polska”, “Debata”, “Kwartalnik Konserwatywny”. In the 1990s he was head of the Department of Foreign Affairs in the Chancellery of the Prime Minister  and head of the Cabinet of the Minister of Culture and National Heritage.
He was the co-creator and programming director of Adam Mickiewicz Institute. He was in charge of the preparations for the Europalia Festival in Poland in 2001. He was a member of the Trust Board of the Royal Castle in Warsaw and a member of the Council for the Protection of Struggle and Martyrdom Sites. He is also a member of the editorial board in Ossoliński National Institute. He wrote articles about history, foreign policy, cultural politics and religion for such newspapers and magazines as “Rzeczpospolita”, “Gazeta Wyborcza”, “Tygodnik Powszechny”, “Przegląd Polityczny”, “Więź”. He co-authored and co-edited many books, eg. with Tomasz Merta: “Pamięć i odpowiedzialność” (2004)  and “Historia Polski od-nowa. Nowe narracje historii i muzealne reprezentacje przeszłości” (2014).