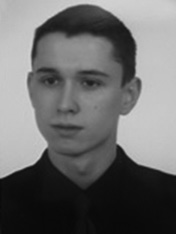 A graduate of Mikołaj Kopernik University in Toruń – international relations (2005), holds a PhD in history (2010). He took part in analytical projects at the Centre for Eastern Studies in Warsaw and Natolin European Centre in Warsaw. He is the author of publications and studies on international relations in Eastern Europe and the former Soviet Union, both from a historic and modern perspective. Since September 2011 he has worked in the International Co-operation Office at the Marshal’s Office of the Wielkopolska Region. He has been coordinating cooperation between the Wielkopolska region and partners from outside the EU, including the cooperation with the partners from the former Soviet Republics. He has co-authored and realized development projects for the Eastern partners. He is the coordinator of the internship program called “Wielkopolska Akademia Samorządności”, designed for the officials from the partner regions.