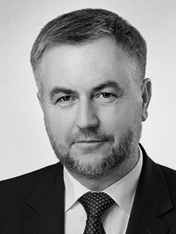 He studied archaeology at the Faculty of History at Adam Mickiewicz University in Poznan. He also graduated a post-graduate course in local authorities at the AMU Faculty of Law and Administration, as well as a post-graduate course in politics and local government at the AMU Faculty of Social Sciences. He has held the function of Marshal of the Wielkopolska Region for four terms, since October 2005. In the period from July 2006 to March 2007 and from October 2014 to June 2015 he was the chairman of the Convent of Marshals of Voivodeships of the Republic of Poland. He has held the function of the vice-chairman of the board of the Union of the Provinces of the Republic of Poland since February 2011. He was also honoured by the President of the Republic of Poland with many state decorations for civil service, such as the Knight’s Cross of the Order of Polonia Restituta and Gold Cross of Merit.