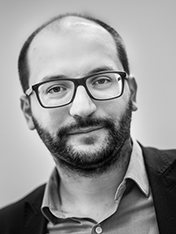 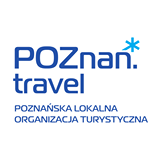 President of the board of the Poznan Tourism Organisation (PTO). One of its branches is Poznań Convention Bureau, whose role is to encourage the organisation of conferences and congresses in Poznan and to provide free support to organizers of meetings and conferences. The main goal of PTO is to promote Poznan as an attractive tourist destination, as well as to support the development of the tourist market in the region. PTO enables the cooperation between city administration and authorities and the tourist industry, between cultural institutions and businesses, whose activity is important for the local tourist market. Presently the organization counts 80 members. Before he became the president of PTO, he had worked as a journalist and he understands the need for active cooperation with the media, when it comes to the distribution of information and organizing meetings with the press. He created a hugely successful marketing campaign called Half Price Poznan, which uses discounts and special offers to attract tourists and promote the city. He also invented the Poznan Tourist Barometer – an innovative system for monitoring tourist movement in the city (www.pbt.poznan.pl). Poznan Convention Bureau is successfully encouraging the organization of congresses and conferences in Poznan, e.g. Annual World Dental Congress or 24TH IPSA World Congress of Political Science. Jan Mazurczak won MP Power 2015 in the Convention Bureau category.